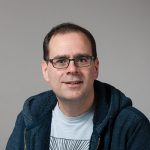 Rice is the most important staple crop in the developing world. It has been estimated that over three billion people in Asia rely on rice to provide 30 to 75% of their calories. The most widely used method for cultivating rice involves germinating the seeds in nurseries and transplanting the seedlings to flooded ‘paddy’ fields. This puddled transplanted rice (PTR) method accounts for ~55% of global rice cultivation and ~75% of world production. However, in many parts of South and Southeast Asia, farmers are switching to direct seeded rice (DSR) because the availability of labour and water is in decline and their associated costs are rising. A similar transition is also occurring in West Africa. To obtain a good crop using DSR it is imperative that the seeds germinate quickly in the soil and that the seedlings grow vigorously. However, because breeders have focused on developing varieties for PTR there has been little selection for seed vigour. Agronomists have highlighted a need for the development of new rice varieties with improved seed vigour so that they perform better in dry direct seeded conditions. The first aim of this project is to identify which genes are responsible for controlling seed vigour in rice by filming the germination of ~1000 different rice varieties that have had their genomes sequenced and identifying the key genetic differences that are associated with strong vigour. This knowledge can be used by breeder to develop new varieties. The second aim of this project is to determine whether the shoot growth of existing elite semi-dwarf rice varieties can be improved by enhancing the production of the plant growth regulator gibberellin in a specific seedling tissue called the mesocotyl. The increase in mesocotyl elongation could help seedlings to emerge from the soil when the seed has been planted at a greater depth. This is a key weakness of current varieties.